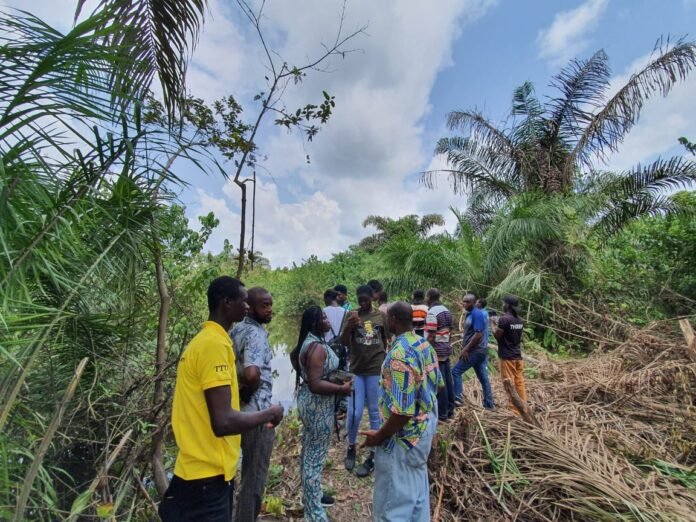 Stakeholders in the agricultural value chain have suggested a new system of farming that is eco-friendly, and employs the use of advanced technology.
They contend that such system of farming would wean the country from dependence on foreign food produce and promote all year-round farming.
They have also called on government to give attention to new modules of farming systems introduced by private investors that focus on the protection of climate change.
According to the Coordinator of a non-governmental organisation, Good Governance Africa, Edward Tei Sarpong, the impact of such new modules of farming, introduced by a Ghanaian social inclusive entrepreneur, Issa Ouedraogo, could reform and transform agriculture in the country, given the needed attention.

Farming tourism
Mr Sarpong made the suggestion when he led some 100 basic school pupils to visit B-BOVID farms at Angu, in the Shama District of Western Region, as part of activities to mark this year’s national Farmers’ Day celebration.
Other revelers who visited the B-BOVID Farms to mark the Day expressed satisfaction at the new method of farming introduced by management of the farm.
B-BOVID Farm serves as a tourist site where individuals interested in new farming methods visit for relaxation and other learning experiences.
Owner of the farms, Issa Ouedraogo, has developed a 15-acre ecological biodiversity garden which he has named “Garden of Eden”. He has also set up three big dams to demonstrate climate smart agricultural technology for future farming and created an ecological agro-forestry laced with vegetables and other farm produce.
The eco-friendly farming methods used by management of the farms have caught the attention of revelers who see the farms as a place to pass time, and engage in other recreational activities.
Owner of B-BOVID said the aim of the ‘farm turned tourist site’ is to “introduce people to new concept of farming geared towards training farmers on sustainable Agriculture”.
The coordinator of Good Governance Africa eulogized Mr Ouedraogo for the initiative.
“His Garden of Eden, his ecological biodiversity garden, his climate smart technology, and the innovation center remain unique in this country that students, farmers, and tourists are enjoying or benefiting from, including universities and researchers like CSIR,” he said.

B-BOVID farms
Mr Ouedraogo explained that he used to work as a poverty strategy peer person with the Millennium Development Goals, where he was earning over 120,000 dollars a year, but decided to set-up the farms to boost agricultural tourism in the country.
He noted that the concept of agricultural tourism, where eco-friendly technologies are used to produce food and at the same time create an environment for recreation, is not common in the country. He said this informed his decision to resign from his well-paying job abroad to come and establish something in his country.
He recounted how state institutions, banks and individuals connived to frustrate him. He appealed to government and other institutions to support the initiative to grow beyond its current stage.
He also appealed to the National Investigation Bureau (NIB) and other state agencies to intervene and investigate a case in which a foreign investor wants to use some Ghanaians to deny him his due from his investment.
One Kwame Frazier, another reveler, after touring the facility called for support and expansion of such innovation to other parts of the country.
“He has set up a social enterprise and an ICT center for farmers which still remain the only one in the country, a mechanization center, an alternative livelihood center, and a factory to operate as a totally socially inclusive business with profit sharing and shared value” he told the media.
“This guy deserves to be celebrated, encouraged and supported,” he said.
The visitors appealed to government to support the farms and take concrete steps to investigate issues troubling the operations of the entrepreneur.
“His setups are all there for people to see and the achievements he has clocked. In the very difficult terrain in Ghana, this guy still managed to prove to the nation that it is doable, it is possible, therefore he seeks national authorities support to end issues surrounding his investment and I do not think this is too difficult to ask” Mr Frazier said.
“I learned that this guy is even ready to borrow money to pay independent auditors to verify how some fake investors came along and the things they did to him, if it is in line with international reclamations on how to acquire or be partner of a social impact investors. This is a challenge that the Ghanaian public has to show interest,” he added.

We did note vote at Midnight , Ejisu NPP Executives charge...